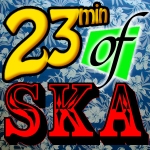 In the late ’90s, into the twenty-first century, the idols & press darlings were the faceless DJs, pop stars, girl & boy bands. It’s not to say that I’m not a techno/disco/pop lover (I mean, come on, I keep it (barely) undercover) but mostly I wanted some personality and that’s what the ska and ska/punk scene gave me in my music. But, what was popular loomed large and to become party to that constituted a huge infraction to your street cred and cost you major punk rock points, that would be selling out. Not to say that some bands of the ska/punk variety never enjoyed some mainstream success, but it didn’t last long before they were cast down like Icarus on their wings of checkered wax, to once again hang out with the rest of us. Thankfully, no not too many noses were turned up about that fact from either side of the stage. So here’s to selling out, why it is no good, what to do about it, and why it never really mattered in the first place!

“How to Sell Out” audio from HowCast.com

Find & like 23min of Ska on facebook. Also, feel free to download this episode. Ska is better on vinyl. Hit up Grandpa’s Casino Recordings, we have a Summer sale going on and some great vinyl records!